Don Edwards San Francisco Bay National Wildlife Refuge is home to 12 different amphibian and reptile species. Here you can find the complete list, a slideshow, and some featured species. Clicking on any of the images on the right will allow you to see them in their original high resolution.

For a slideshow of some amphibian and reptile species. 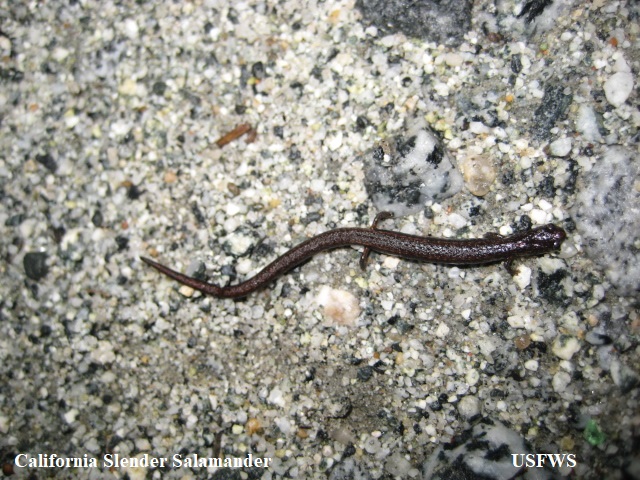 Habitat: Grassland, underground in burrows during summer, freshwater marshes under logs and stones 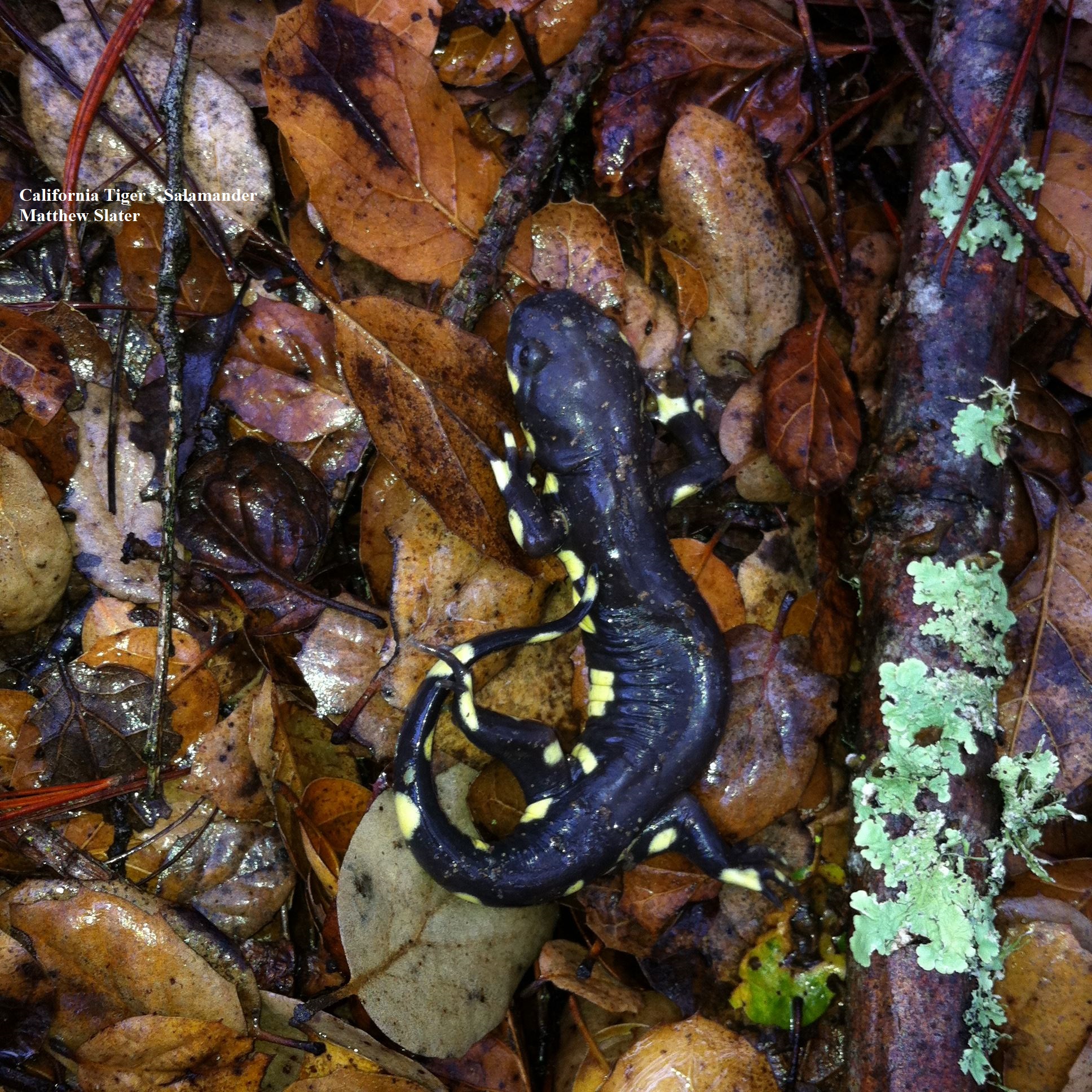 Fast Facts: Despite being an average of 6 - 8 inches but capable of growing up to 13 - 14 inches, they are the largest salamander that lives on land.  Their front feet have four toes while their back feet have five. They can live about 15 years in the wild. Their tails produce a toxic milky substance to scare off predators like bobcats, badgers, owls and snakes. 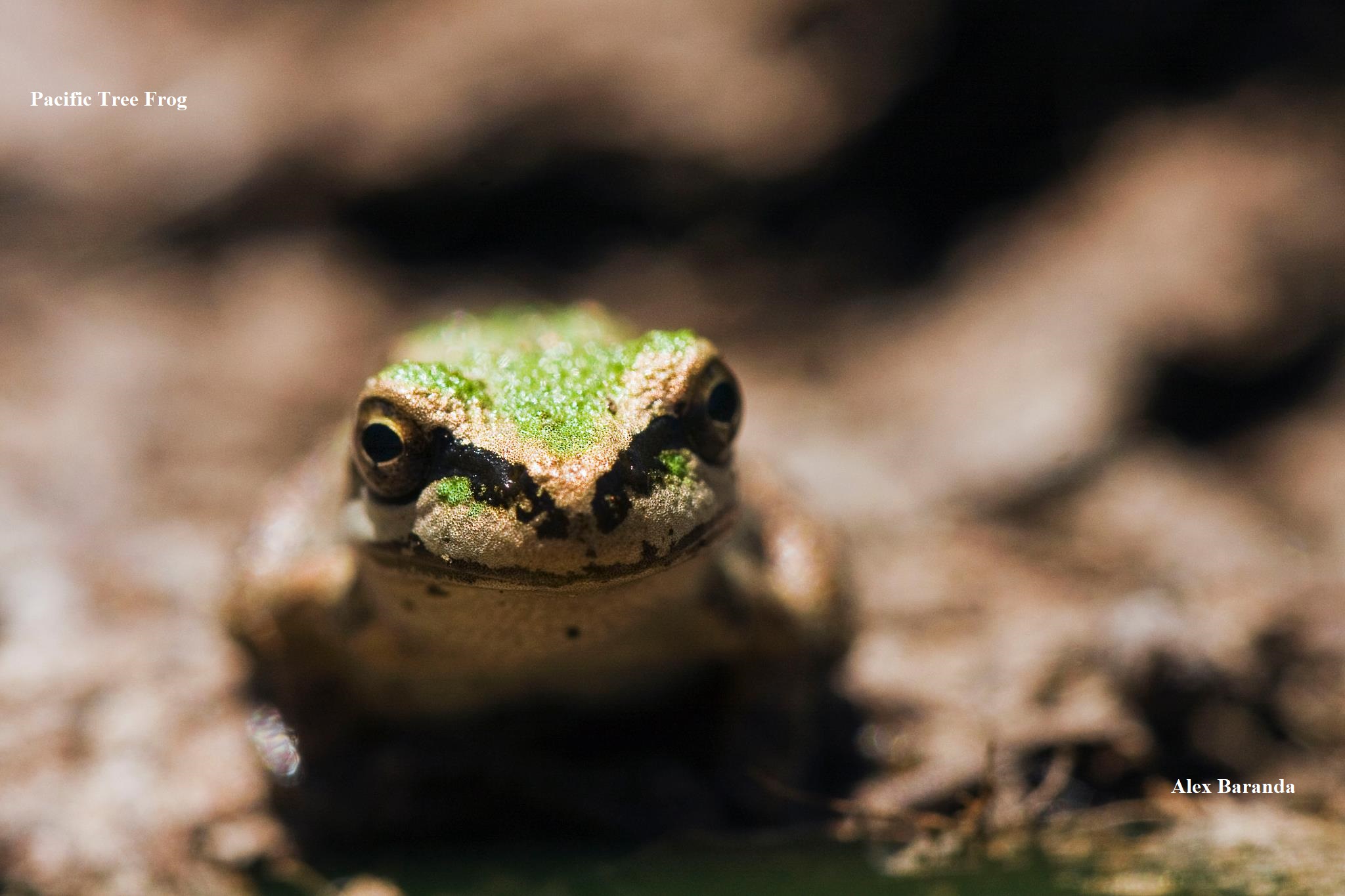 Fast Facts: These frogs usually are distinguished by an eyestripe that runs from their eye to their shoulder. They are usually smaller (3 - 4 cm) in size than a chicken egg and are one of the smallest amphibians in the West Coast of North America. The bacteria Salmonella also tends to reside on their skin making it dangerous to hold them with exposed hands. 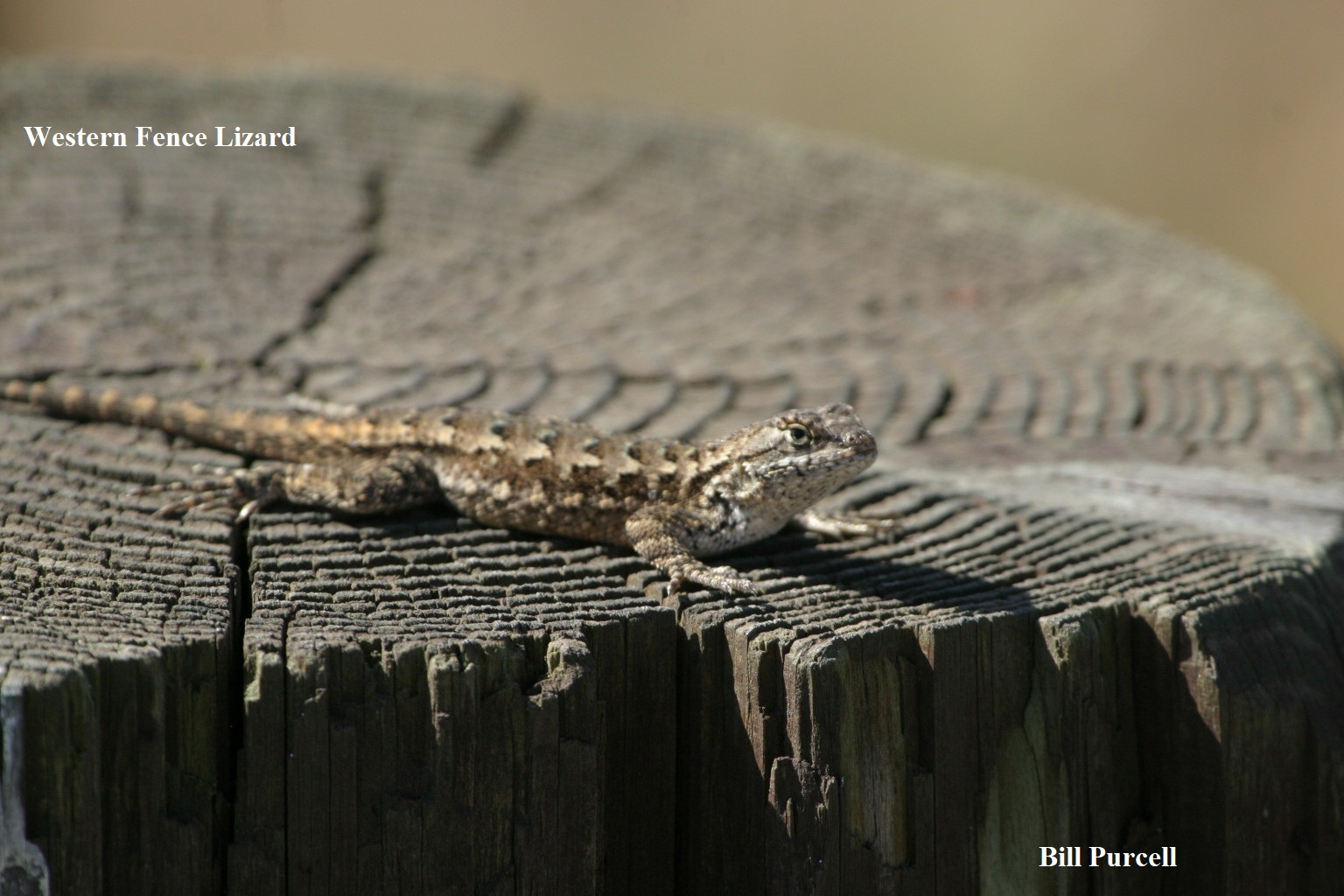 Fast Facts: This species of lizard can grow up to a length of 8.4 inches long. Their underside is white or yellow, although adult males usually tend to have bright blue patches surrounded by black on their belly and throat. A protein in the blood of this species can kill the bacterium that causes Lyme Disease, therefore whenever a disease-carrying tick feeds on their blood, the disease-causing bacteria is killed and the tick no longer carries the disease. 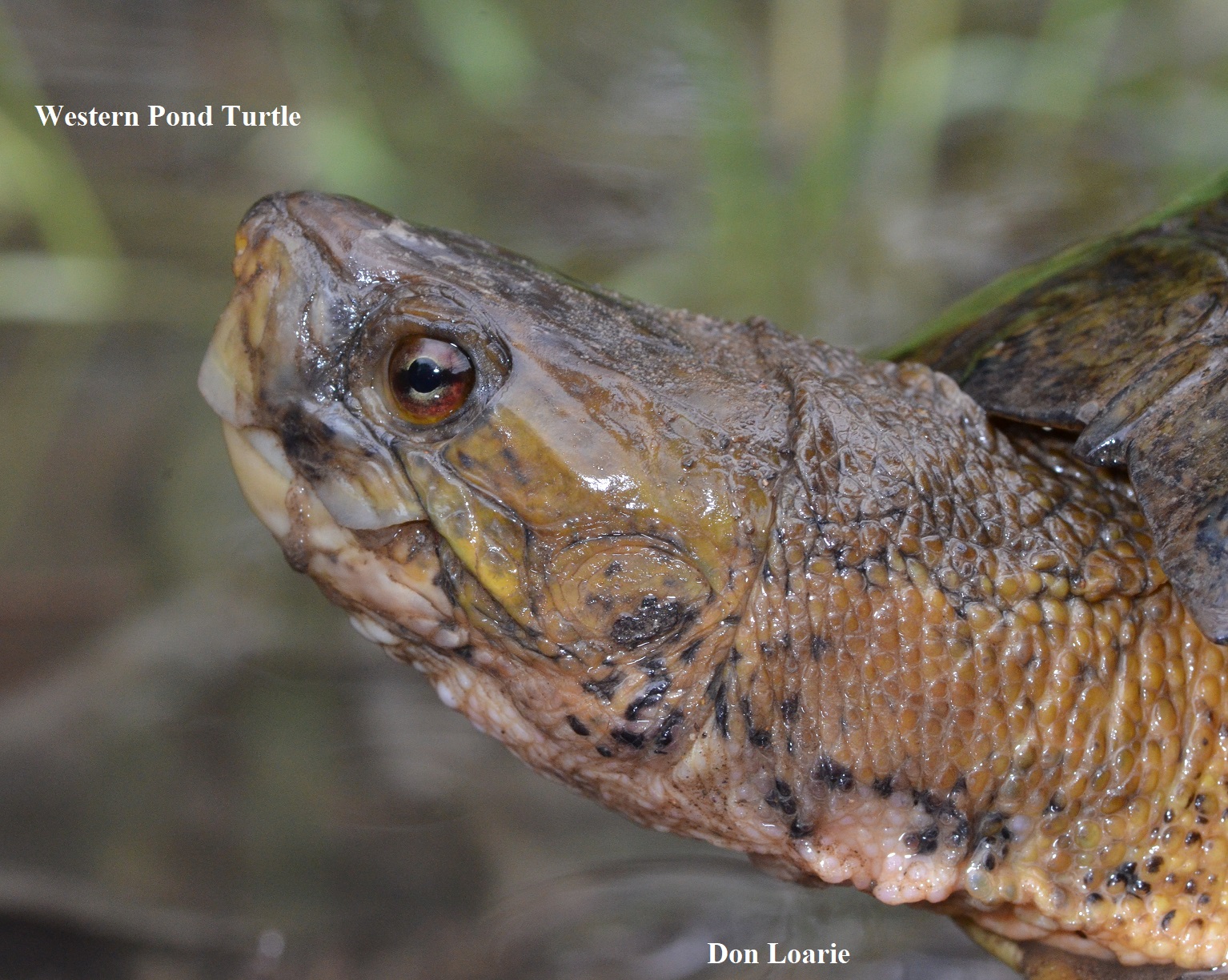 Fast Facts: Even while dead, this snake species can bite and inject venom if the jaws reflexively open when they are touched. A bite by this snake can be very dangerous without immediate medical treatment. At birth, the young are born with no rattle thus unable to produce a rattle sound, but grow a rattle with age. 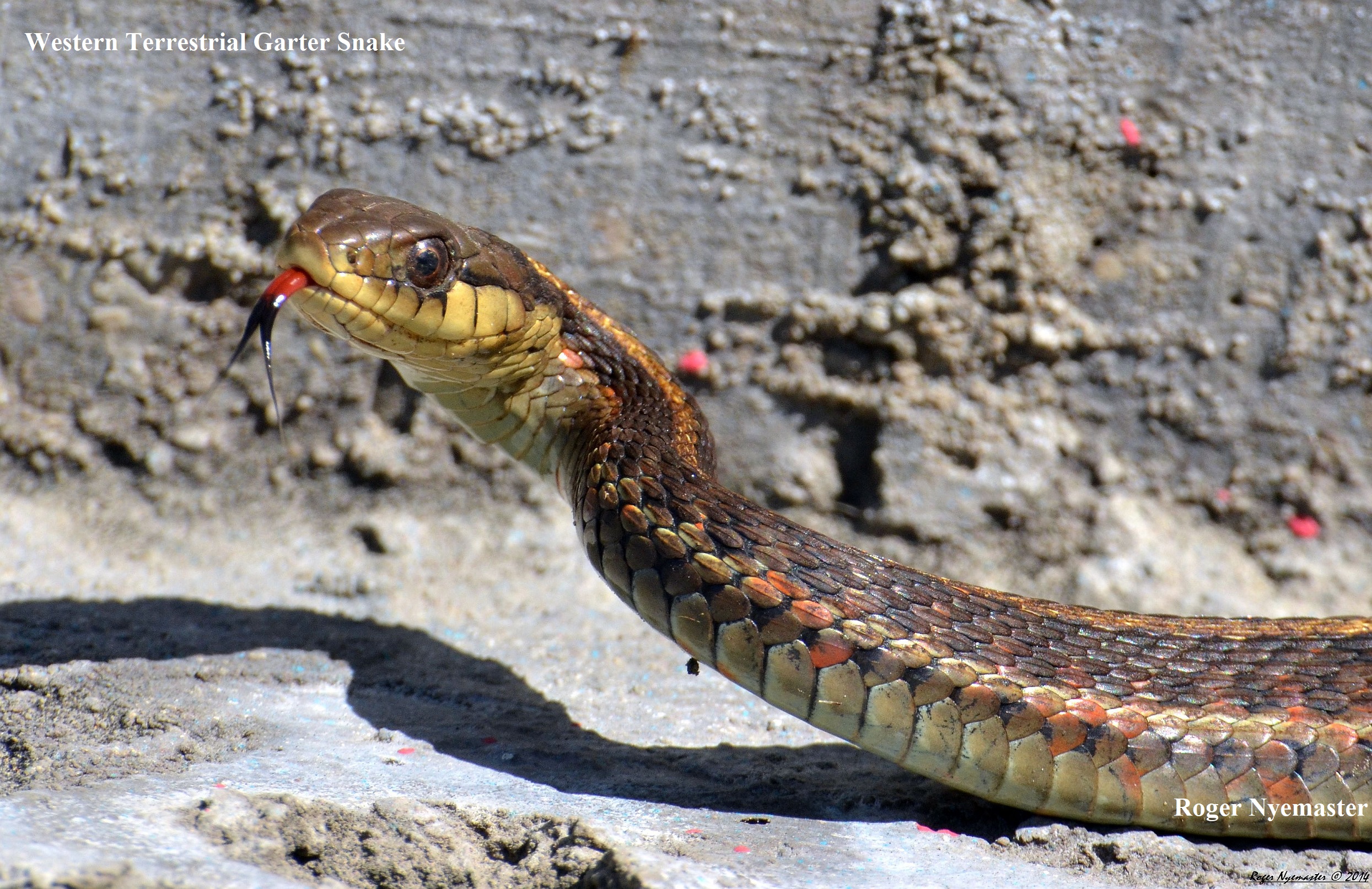 Fast Facts: This snake species has toxins in their saliva which can be deadly to their prey and their bite might produce an unpleasant reaction in humans, but they are not considered dangerous to humans. It is active in daylight and often found near water. It is known to seek refuge in vegetation or ground cover but can also swim away from trouble.